This post is about the third and last part of our ride through Iran, mostly about the places we visited and the people we met. I will also be writing an article with some basic travel tips in separate posts.

Kashan
Kashan is known for its roses. Unfortunately, they were not in season in summer, while we were there (surprise). Luckily, they make tons of rose water for tea, which can be enjoyed year-round.
Kashan is a fairly conservative city, but as always in Iran, plenty of people will want to talk with you.

Kashan is home to one of the oldest monuments in human history. They are called the Silak Hills and there are many pretty mosques and old houses.

But in my opinion the best thing to visit is the ancient underground city of Nooshabad.

Where the friendly people live
The people all over Iran are the friendliest we have ever seen, but within Iran it seemed the farther North you got the less friendly the people are (within the cities). This gradually started with Isfahan, became clear in Kashan and reached its maximum in Teheran. I must state clearly that people were friendly to us everywhere, but in Teheran we would simply not be shaking hands every five minutes like in Shiraz. So while Teheran might be worthy of a trip to itself, I would recommend to any tourist to add a second city in the south to a trip to experience Iranian hospitality.

Teheran
is a huge city. It is home to 15 million people. We had originally not planned to visit Teheran but were convinced to do so by a young man we met in Esfahan. We met up with him, his friends and his family and had an amazing time. We even got to go on a big excursion into the mountains near Teheran with his families’ friends on which I could write an entire book.

It turned out that most of these men were veterans of the Iran-Iraq war. Many of them had the scars to prove it. The Iran-Iraq war lasted eight years and was absolutely horrible. Chemical weapons and child soldiers were used to fight the war and a good part of the time it was a trench fight, just like in WW1. What I find unfathomable is how all these men were so kind, pleasant and caring. They spent the whole day making tea and barbeque and all slept outside on a balcony on carpets, while the west is completely obsessed with PTSD (I obviously mean no disrespect to any soldiers who have suffered mental problems through war).

So back to Teheran, the city.
In my opinion the Adrian Fire Temple has a much more beautiful interior than the more famous Fire Temple in Yazd. And plus the Safi Alishah Monastery is within a walking distance from there both places are on google maps). This Monastery is quite different from most mosques we saw in Iran. The interior is full of small mirrors used as mosaic tiles. The Fire Temple is difficult to capture in a photo and it is forbidden to take photos inside the monastery, so take my word for it – they are worth the visit.

A further tip is the the Saadabad Historical Complex. It is one of the old complexes of the Shas. Unfortunately, it is not very easy to capture the beauty of this place by camera, as it is mostly built up like a museum with glass infront of the artefacts. 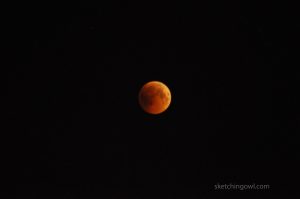 While this has nothing to do with our Iran route it is worth mentioning that we were lucky enough to see the amazing lunar eclipse from a rooftop in Qazvin.

Masouleh
This place, like Abyaneh, came in highly recommended by locals. It too is a clay village and looks amazing on google. The best part about the region called Gilan is that it is all subtropical. Quite a difference compared to the desert we had spent the last month in.

While it is a nice place to see, it is completely overrun by tourism. Thousands of Iranians travel here every day, even in summer. The way everybody shook our hands and wanted to take pictures with us felt a bit like in the south of Iran, only here it took on new proportions. We could hardly take pictures of the town without being harassed by hordes of people who wanted to pose with us. Whole groups would stand next to us and a picture would be taken. Then another one with a different camera. Then the cameraman would be switched, so that everyone had a picture with themselves on it… After a whole day like this we were a bit fed up with it and were glad to go to the parking lot that serves as a camping site at night.

Astara
We crossed into Azerbaijan on the Astara border. We had trouble finding the border crossing for vehicles. So we asked an Iranian for directions. It turns out he was not from Astara, but he asked an office worker where we should go. This man dropped his work, hopped on his motorbike, said “follow me” and brought us to the border. How we love Iranian people.

Border crossing
Getting out of Iran was quite a fast process compared to getting in. A broker offered his help or 10 Dollars. Getting all the stamps with his help lasted about 1 hour. While waiting in the office we were offered cake, tea, and a bottle full of ice (it melts within minutes in Iran, so check the freezers for drinking water in shops). A last touch of Iran.
The Azerbaijan side of the border was a huge shock after Iran. So many uniformed people, barking dogs checking the cars and many questions about where we had been. Luckily first impressions are not always the best. Azeris turned out to be very friendly, but more on this in the next post.

During our time in Iran we only slept in two hotels and one hostel. The rest of the nights we were invited to local peoples houses or slept in our tent. We knew that Iranian people are amazingly friendly before we came, as many of our friends had already visited Iran. But we were still completely surprised at the order of magnitude of hospitality that we were confronted with.

Sometimes they even went a bit too far – like with all the selfies with us. 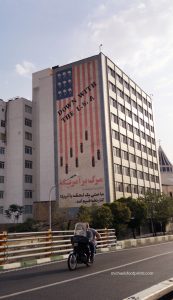 I promise this is the Iran you will experience if you go there!!!

Not enough good things can be said about these people. Travelling to Iran is an experience of a lifetime.