In order to carry all the gear we needed for this trip, I thought I could buy a normal carrier system. It turned out that I was very wrong and that these systems only exist for the newer injection models.  I was left with no choice but to make my own carrier system for the old careburator innovas.

I decided to have the system lasered. I also decided to make the whole system out of metal plates without cutting out parts to save weight. This was so I could still attach other systems in the future than the boxes for this trip.. This was a decision I am already glad to have made, but more on that later.

So Martina managed to find a set of trax ion boxes from SW-Motech second hand for a brilliant price, while I managed to get a set of ancient boxes that were nothing close to waterproof and had been to Africa more times than I had. What they lack in technicalities they make up for in karma 🙂

So I used Martinas SW-Motech system as the starting point.

First of all I needed to get the measurements for the attachment points. 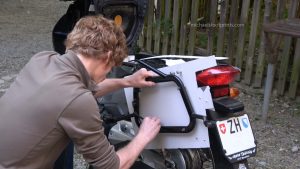 Holding a piece of cardboard against the motorbike and making holes with a pen turned out to be the way to go.

Then I made a CAD version of the System. Good thing I’m studying mechanical engineering 🙂 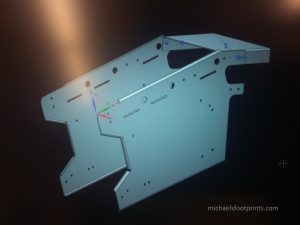 Then it all got lasered. 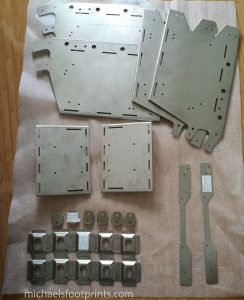 I had made sure that maintenance work on the chain would not be hindered by the plates. I had not yet considered tire changes. By a simply beautiful coincidence the tire fits perfectly between the license plate and carrier plate. 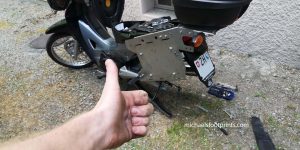 I always love it when things work out. And what made me even happier was when I noticed I coud fit 1.5 litre PET bottles between the carrier and the wheel. So I made some bottle carriers with nothing but a drill and a pair of scissors. 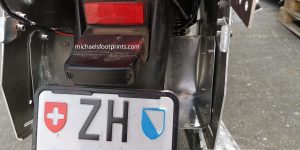 This was a game changer for carrying gasoline and water!

Now my boxes – of course – had no adapters. So these too had to be draw and lasered. I riveted them onto the boxes. 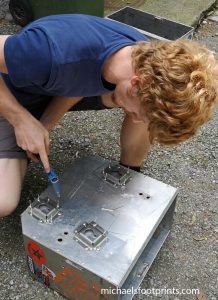 This was a very long story short. But it was all very rewarding. This is what the bikes look like on the road: 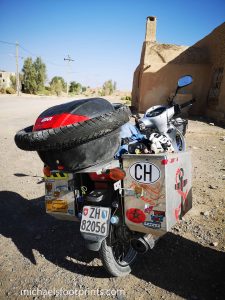 Note the PET bottles in the bottom.

And do note the ridiculous looking, but amazingly practical baskets from Thailand. Not to be loaded with heavy things though. 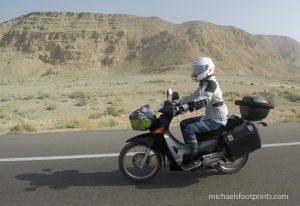 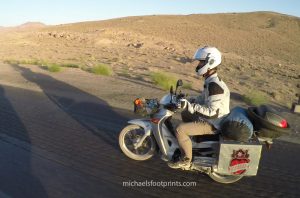 We can fit all our gear in the boxes, but closing them was a big deal. So we decided to put clothes and food in a drybag, which we locked to my bike.

I had planed to reinforce the system with some connectors. It turns out that it’s really not necessary. I can pick up the bike by the carrier 🙂